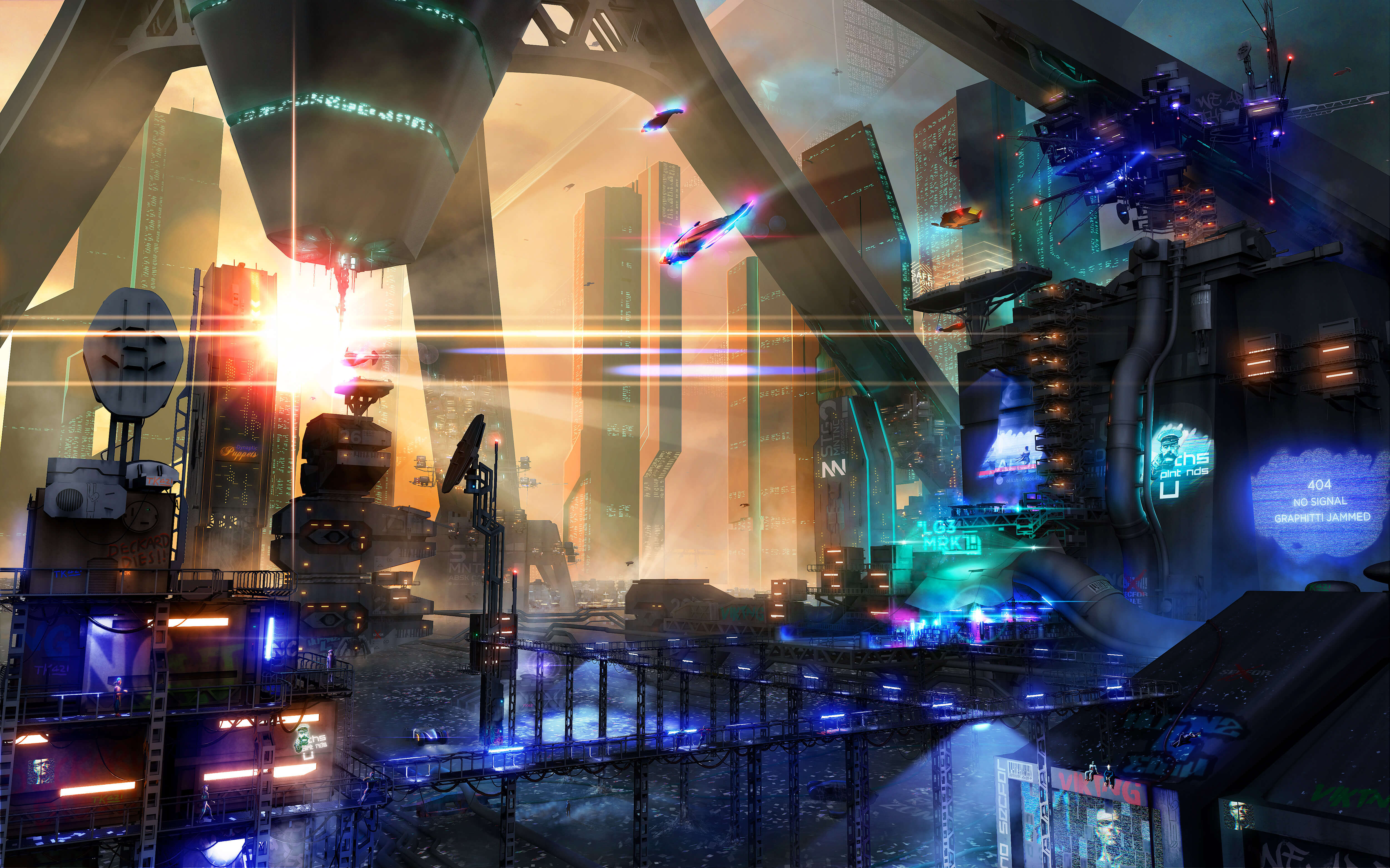 Part of doing the best job we can in crafting new visual products is to continually innovate and develop skills. We’re taking further skills we began learning last year as mentioned previously.

Creating and integrating a 3D skillset allows us to make better visuals quickly to aid in illustrating ideas and presenting products.

We wanted to see how far these skills can be taken by stretching our current knowledge with a studio project (conducted outside of client project time). Here we’ll be sharing some of what we did in this case.

With the artwork itself there was less of a concentration on composition than on stretching the technical abilities involved. Any future pieces using this same kit and techniques will have a more thought-out and interesting composition which tells a story better.

A great deal has been learnt and whilst there is lots to improve on, a new foundation has been laid.

Catch the short video here to see the scene building process and paint-over. Parts were composed, rendered and then the painting process took place.

Taking inspiration from many existing artworks, films and culture allows us to quickly see what works in terms of tones and colours when creating a dramatic environment.

Using our own real-world photographs is a vital source of information on things like architecture, details and atmospheric values.

Combining inspiration and reference we created a kit of high-tech building parts that could be reconfigured and used repeatedly to create an urban environment.

Every city needs some traffic, so some basic air and ground vehicles were made to be inserted into the scene. Also some purely painted-in vehicles were included in the final artwork.

Our kit of buildings and parts were placed together to create a city-like environment. This is where we began to think about the direction that the “viewer” or “camera” would be placed, so that details such as pipes and gantries could be placed near that point. The video shows the next steps of the build-up process, rendering and then paint-over.

The scene needed some appropriate people to be included. This helps to indicate scale in a scene as well as “place”, drawing the viewer into the scene. Free hand drawings were made on paper then scanned, placed and painted over. 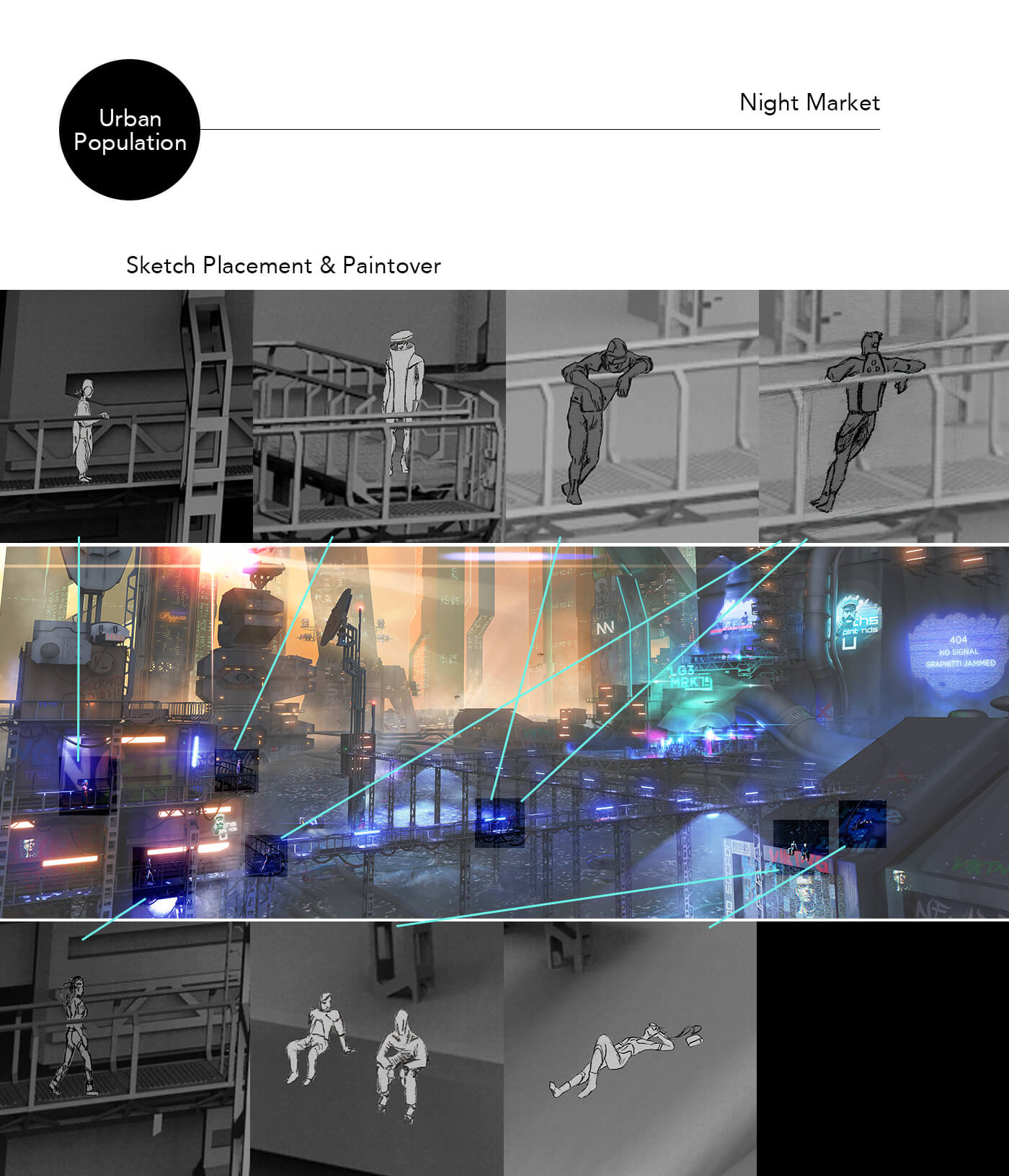 Our cities are awash with visual content; signs, symbols, advertisements, graffiti are ever-present  and the future won’t be any different. A graphic language began to take shape with the graphics and graffiti to give the scene the right feel. Later “digital graffiti” was added to enhance the scene. 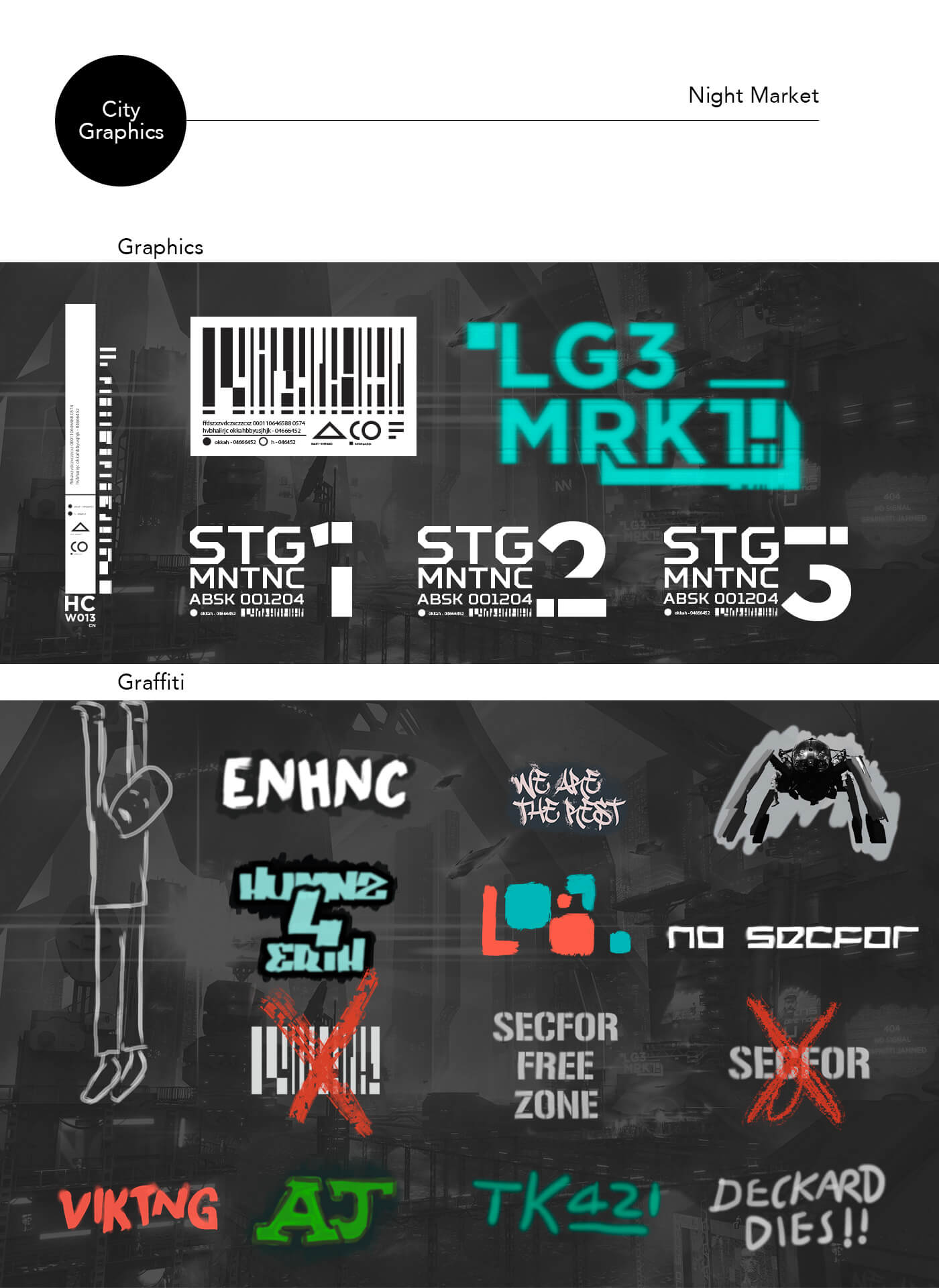 Taking crops within the artwork creates new compositions and narratives from the overall scene. The dark niches at street-level tell their own story as to the overhead favelas clinging to the sides of giant buildings. This speaks of a place with two cities in one; the wealthy who are above it all within their soaring towers and the rest who make their lives outside.